Ever since Facebook changed their algorithm, small businesses have found it increasingly difficult to reach their customer base organically. Facebook’s aim was to share more, stay in touch and engage in meaningful interactions with friends, family and Facebook Groups we are a member of. However, it now seems that Facebook is allowing the monetisation of some Facebook groups. Should membership be charged for Facebook Groups?

Initial Reaction
At first we were outraged that yet another free marketing opportunity was being taken away from us. Small businesses in their very nature have limited funds for Digital Marketing and this was one.

For us, using Facebook groups is a great, free way to promote your business or events. You do need to check the group allows business promotion but by doing the research and finding the most relevant groups, you can build up a relationship with the members.

Facebook Changes the Rules
In June 2018, Facebook announced that they were testing out membership subscription services with some parenting and cooking groups, reported The Verge.

Group administrators can charge between $4.99 to $29.99 for new subscription only groups so that they can deepen the engagement with members and continue to support their communities. Many admins will be running these paid-for groups alongside the free groups. The subscription groups will have exclusive content to make them value for money. 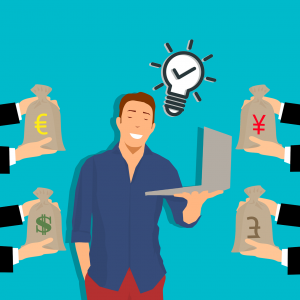 The Flip Side
As part of our on-going local community efforts, we have set up and administer a number of Facebook groups. Whilst they are still on the small side, checking them regularly for requests to join, reviewing posts and dealing with membership disputes could take a chunk out of someone’s working day. Therefore, why not make a little money on the side? As they say, there’s no such thing as a free lunch and this is still a really cost-effective advertising strategy.

If you were considering to monetise your Facebook group then take read of this article “11 Ways to Make Money with Facebook Groups” for some ideas.

We’d love to hear what you think: should Facebook group administrators charge membership? Let us know by tweeting @RedDeskVirtual

This website uses cookies to improve your experience while you navigate through the website. Out of these, the cookies that are categorized as necessary are stored on your browser as they are essential for the working of basic functionalities of the website. We also use third-party cookies that help us analyze and understand how you use this website. These cookies will be stored in your browser only with your consent. You also have the option to opt-out of these cookies. But opting out of some of these cookies may affect your browsing experience.
Necessary Always Enabled
Necessary cookies are absolutely essential for the website to function properly. This category only includes cookies that ensures basic functionalities and security features of the website. These cookies do not store any personal information.
Non-necessary
Any cookies that may not be particularly necessary for the website to function and is used specifically to collect user personal data via analytics, ads, other embedded contents are termed as non-necessary cookies. It is mandatory to procure user consent prior to running these cookies on your website.
SAVE & ACCEPT
Share This
Call Now Button