The Search for a new RSS Feed app

Working in a digital world involves a pretty much continuous adjustment to new updates and innovations.  We get it that modifications and improvements need to be made (anyone enjoying the new Facebook layout?) but sometimes developers’ improvements can cause users a lot of extra work trying to figure out how to handle the updates.  This is what happened to us recently, when our favourite social media scheduling tool, Buffer, decided to drop its RSS feed function!

Luckily there are other RSS feed apps out there.  But where to start?

Now that Buffer have removed the RSS feed functionality, we are on the hunt for a new social media feed app.  Firstly, Buffer suggest the following  – Automating RSS feeds using Feedly and Zapier.  From looking at this, you would need to subscribe to Feedly’s pro plan and then use this in conjunction with Zapier, a web automation tool.  Sound too complicated?   Then check out some free ideas as below. 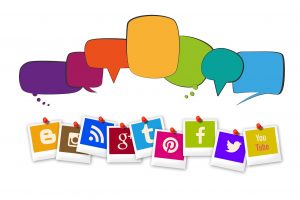 Many of you may have heard of Feedly but possibly not used it before.  There are paid pro plans starting from £6 a month but you can try out a free account first.  The free plan is easy to log into – just use your Google account and you can follow up to 100 sources and organise them into 3 feeds.

We’ve also signed up to Feeder, again the basic version is free.  It’s ok but it doesn’t appear as if you will get images included with the RSS feed.

Zapier have researched the best RSS feed reader apps so you can check out more suggestions. We’ve been looking at Flowreader – this seems to be a great option if you want to read and share generic content but we struggled to find valid feeds for our clients.  Worth checking out though.

The withdrawal of the RSS feed function is ultimately a push to improve the content across all social media platforms and it will probably have the desired effect.

Having reviewed the Twitter accounts that we use RSS feeds for we have decided that these extra industry news posts don’t ultimately add as much value as our own generated content. With this in mind we have altered our strategy and restructured our content scheduling, however, for some of our clients having all trusted sources and their RSS feeds in one place is a huge benefit especially when time and budget are limited.

We’d love to hear from you as to whether you use RSS feeds as part of your social media posting strategy, and your favourite RSS feed apps.

This website uses cookies to improve your experience while you navigate through the website. Out of these, the cookies that are categorized as necessary are stored on your browser as they are essential for the working of basic functionalities of the website. We also use third-party cookies that help us analyze and understand how you use this website. These cookies will be stored in your browser only with your consent. You also have the option to opt-out of these cookies. But opting out of some of these cookies may affect your browsing experience.
Necessary Always Enabled
Necessary cookies are absolutely essential for the website to function properly. This category only includes cookies that ensures basic functionalities and security features of the website. These cookies do not store any personal information.
Non-necessary
Any cookies that may not be particularly necessary for the website to function and is used specifically to collect user personal data via analytics, ads, other embedded contents are termed as non-necessary cookies. It is mandatory to procure user consent prior to running these cookies on your website.
SAVE & ACCEPT
Share This